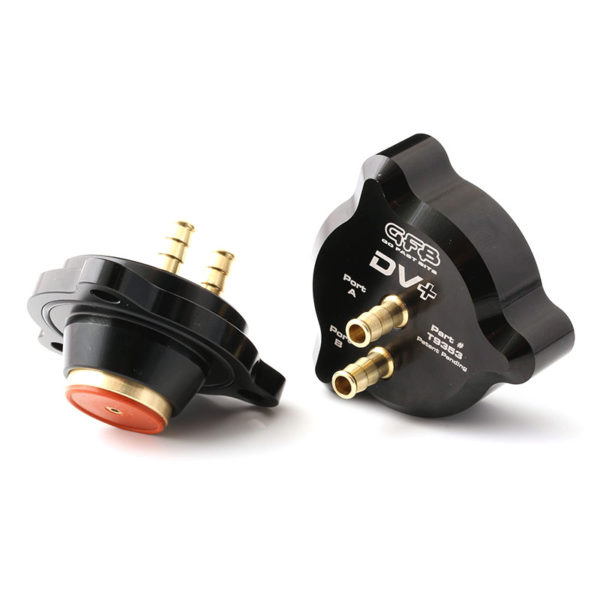 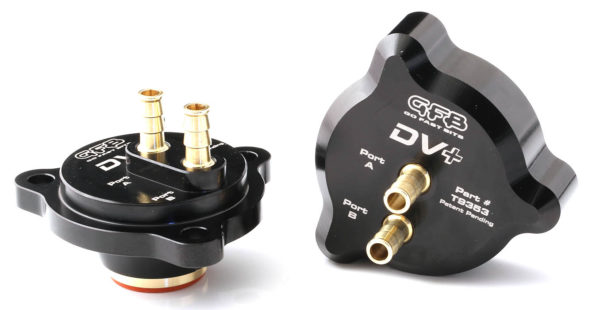 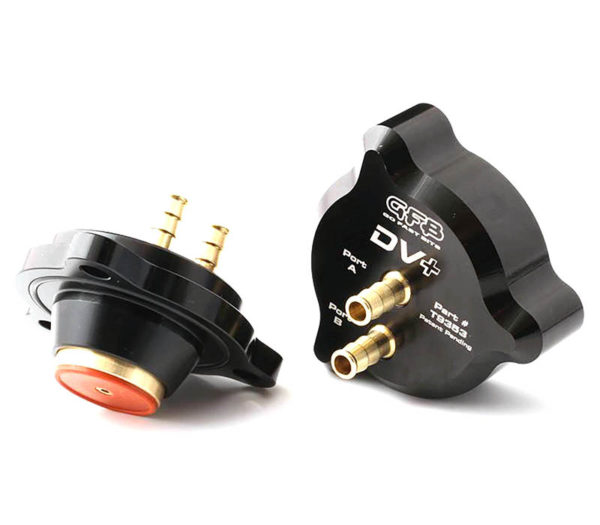 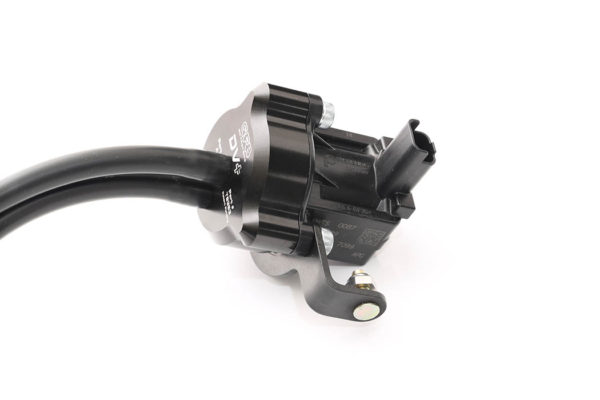 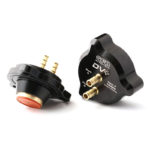 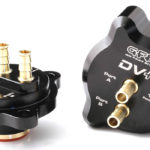 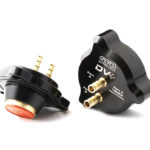 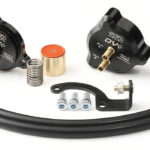 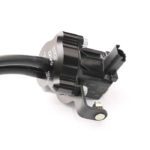 (For both Automatic & Manual Transmission Engines)

GFB?S DV+ SOLUTION COULDN?T BE SIMPLER -?KEEP WHAT WORKS AND REPLACE WHAT DOESN?T.

New to GFB?s ground- breaking DV+ range is the T9353, which is?designed to fit in the tight confines of the Mini N18 engine bay. Less?space surrounding the factory diverter valve on the N18 engine?means the current Mini DV+ (Part T9352) cannot be used. Instead,?the T9353 kit splits the DV+ into two parts, the valve, and the?solenoid, (which are joined by hoses), meaning the solenoid can be?mounted lower in the engine bay out of the way.

Other manufacturers? products involve replacing the entire system?with a traditional pneumatic valve. (i.e. no electronic control).
This approach is really a step backwards in technology (a bit like?replacing fuel injection with a carburettor) resulting in slower?response and effectively removing any control the ECU has over the?valve operation.

GFB?s DV+ solution on the other hand is more responsive,offers?better boost recovery on gearshift, retains ECU control and doesn?t?cause compressor surge/ turbo flutter. Oh, and it doesn?t require different?springs or frequent rebuilds either.

It?s just the way the factory diverter valve SHOULD BE!

GET BETTER PERFORMANCE, FASTER BOOST RECOVERY AND DON?T PAY FOR WHAT YOU DON?T NEED!

Many late-model European cars use ECU controlled solenoid-type diverter valves. This is a good concept because the valve can react very quickly and it only opens when it needs to.

However, there are some problems with these valves;

Additionally, the solenoid on the OE diverter is directly connected to?the valve mechanism, which is not ideal because neither it nor the?return spring are strong enough to open and close the valve reliably?at high boost.

With problems like this, you can see why other aftermarket?manufacturers assume the best solution is to replace the factory?diverter entirely, or change it to a purely pneumatic system.?Unfortunately though, whilst their replacement kits might be?stronger than the factory diverter, their slower response speed and?lower flow do not justify the extra cost and complexity – more of a?compromise than a solution.

GFB has taken a different approach to deliver a complete solution?that solves existing problems and improves performance, without?compromise or a hefty price tag.

The DV+ addresses the factory valve problems with a very simple?and elegant solution. Keeping the factory solenoid, the DV+ retains?all the benefits of the stock system. Also replacing the valve parts?with indestructible metal components ensures strength and?reliability, no matter how much boost you run.

That?s not all; rather than using the solenoid to directly actuate?the valve, we?ve introduced a unique ?pilot-actuation? system. This?means the solenoid only has to control airflow through a small?passage that is then used to open and close the piston (rather?than opening and closing the piston directly), so it doesn?t matter?how much boost you push through it, the DV+ will open and close?reliably without ever exceeding the solenoid?s capability.

This feature also improves on the factory system by opening the?valve progressively in response to boost pressure, so it only opens?as much as required to get the job done (the factory valve simply?opens and shuts, it cannot partially open if boost pressure is low),?resulting in better throttle response.

Protected by Patents in United States of America, China & Australia